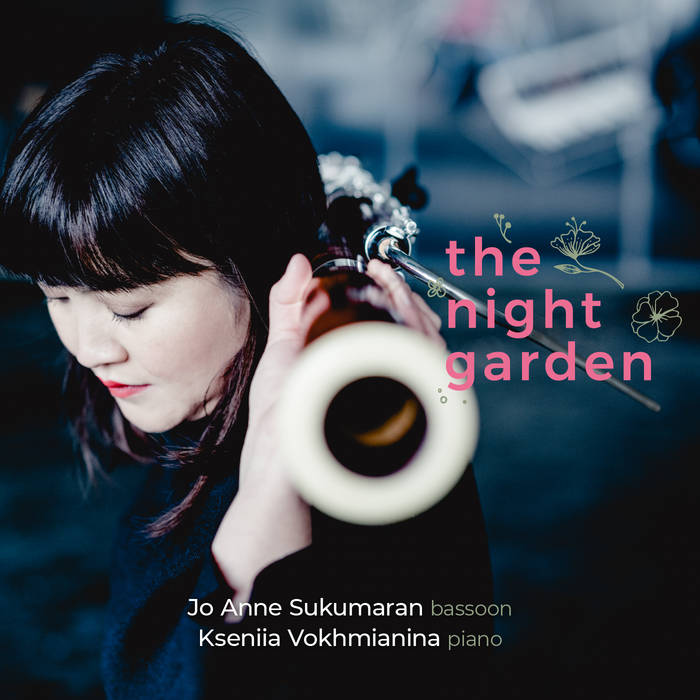 Singaporean bassoonist Jo Anne Sukumaran presents her debut album, “The Night Garden” on the Austrian label, HELLO STAGE. Set for release on 11th October 2019, the album takes listeners on a multi-faceted journey through the night, exploring its many moods, colours and memories.

“The idea for my album came from my being at a silent vipassana retreat. Surrounded by nature and the quiet, I found the island’s nocturnal mood and character so moving that the inspiration came strongly to me and materialized there,” she explains. Sukumaran set out to record a collection of atmospheric works that embodied her vision of a tranquil and safe space for the heart and mind.

Touching on what safe spaces mean and why they are significant to her, Sukumaran explains, “Coming from a crowded and bustling city, I often wished for the space to explore what fulfillment means, and music has always been that metaphorical ‘safe space’ for me to express myself.”

She wanted to showcase the bassoon’s full possibilities on this album. She elaborates, “The bassoon is known as for its comic and humourous character in the orchestra. However, I wanted to move beyond that and explore it from different perspectives, not only from a Western classical one, but also from an Asian perspective.”

That expression of an Asian perspective for Sukumaran is one deeply rooted in identity. “Being bi-racial of both Indian and Chinese heritage, I wanted to tap into my Indian roots and see where it would take me as a musician. My exploration of Hindustani and Carnatic music strongly shaped The Night Garden’s mood and sentiment.”

As a classically-trained musician, Sukumaran’s departure from the strict realms of notated scores allowed her to exercise greater creativity in her playing. The title track, “The Night Garden” is an improvisation using bassoon, tabla and tanpura. It ends the album on a hopeful and optimistic note, as the listener emerges from the nocturnal garden and into morning light and new possibilities.

The album was recorded and produced by John Anderson, in December 2018 in The Spheres Studio, Montesilvano, Italy. The featured works include composers such as Saint-Saëns, Tansman, Hersant, Rønnes, Koechlin and De Falla.

Praised for her "beautiful playing and stunning sound", Jo Anne is one of the rare independent bassoonists hailing from Singapore.

Originally an orchestral musician, Jo Anne decided to focus on solo and chamber playing. Curious and adventurous, Jo Anne is a highly versatile musician and continues to delight audiences with her novel and imaginative programming and compelling performances. ... more

Bandcamp Daily  your guide to the world of Bandcamp